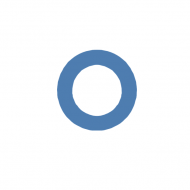 Diabetes is a global epidemic affecting an estimated 387 million people worldwide, by 2035 this will rise to 592 million. The WHO projects that diabetes will be the 7th leading cause of death by 2030. An estimated 4 million people die annually from diabetes complications. Why is diabetes such a dangerous disease? Diabetes is one of the most common non-communicable diseases. It is a chronic disease occurring when the body’s pancreas does not product enough insulin or when the body cannot effectively use the insulin produced. Diabetes can cause chronic complications and cause damages such as heart disease, kidneys failure, diabetic foot, vision loss or blindness.

World Diabetes Day, on the 14th November every year, has grown from humble beginnings to become a globally-celebrated event to increase awareness about diabetes. Each year, WDD, carries a particular theme, and between 2014 and 2016 the theme is “Healthy living starts at breakfast”.

HTL-STREFA, a global manufacturer of safety lancets, personal lancets and pen needles, which are commonly used by people with diabetes, is taking part in WDD 2015 by organizing events and lectures to spread information about diabetes pandemic for our own employees and for our partners during international trade fairs show.